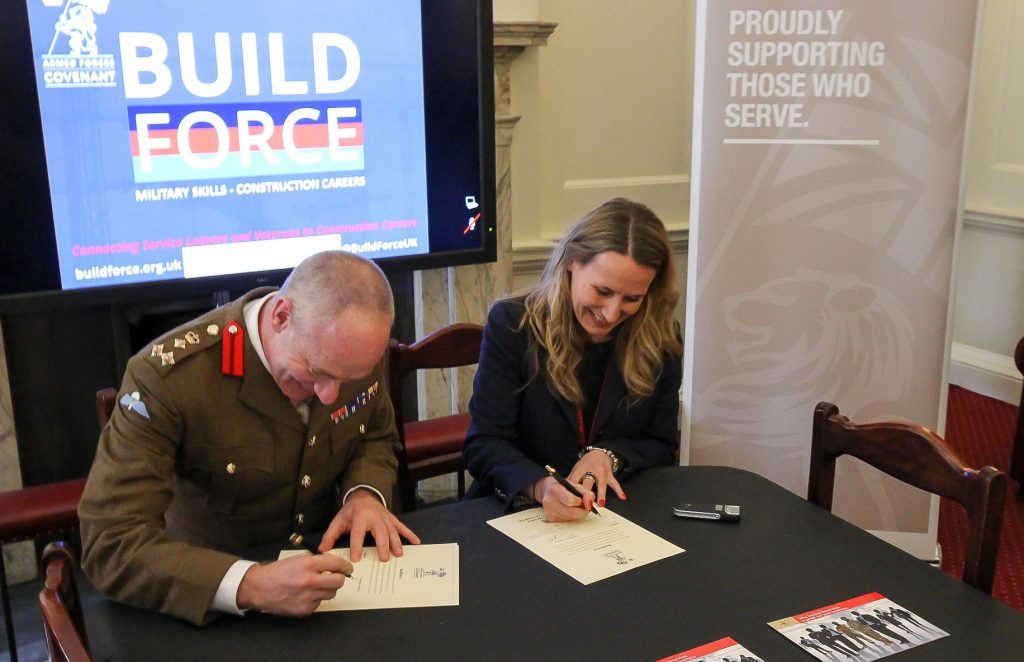 BuildForce,  a veterans employment initiative supported by The Royal Foundation, is a collaborative industry-led programme with an objective to reduce skills gaps in the construction industry whilst offering a second career to military personnel. BuildForce signed the Armed Forces Covenant on the 5th April at Horse Guards with Brigadier Andrew Wright.

The Armed Forces Covenant is a promise from the nation to those who serve or who have served, and their families, which says we will do all we can to ensure they are treated fairly and not disadvantaged in their day-to-day lives. The Armed Forces Covenant relies on the people, communities, and businesses of the UK to actively support it in order to make a difference.

Brigadier Wright commented: “The support of employers is vital to Defence People objectives, including the recruitment and retention of Reservists, the employment of veterans and Service spouses/partners and the Cadets movement. Making a public pledge of support makes a statement to the Armed Forces community that they are valued by society and encourages other organisations to do the same.”

BuildForce has connected with over 1000 Service Leavers and Veterans nationwide; inducted 460, placed 145 in jobs, 148 in industry work placements with 532 benefiting from our 1-2-1 mentoring programme.

“I am delighted to be signing The Armed Forces Covenant on behalf of BuildForce.  I have enjoyed supporting our candidates into an industry which is often over-looked and helping them to realise their great potential and transferrable skills has been the highlight of my career and being instrumental in their next chapter has been a great honour.”