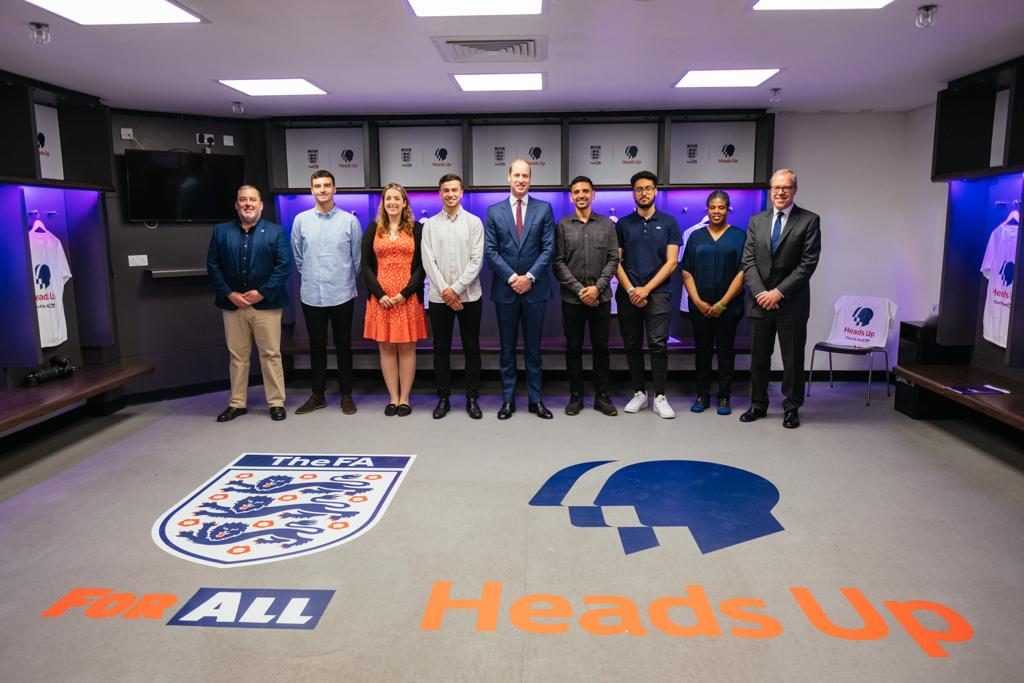 Heads Together and the FA partner on a new mental health campaign – Heads Up.

On 15th May 2019 at Wembley Stadium, The Duke of Cambridge announced a new partnership between The Royal Foundation’s Heads Together campaign and the Football Association.

The Duke of Cambridge has announced an exciting new partnership between Heads Together and the FA, which is set to use the power of football to inspire the biggest conversation ever on mental health. Harnessing the influence and popularity of football, Heads Up will be a campaign to remind us all that mental fitness is just as important as physical fitness.

Heads Up will harness the influence and popularity of football to help show the world that mental fitness is just as important as physical fitness, and will build on the decades of work to tackle the stigma and drive the conversation on mental health. While it’s aimed at everyone including players, supporters, friends and families, it’s widely recognised that football is a uniquely powerful way to reach men in particular. Men are three times more likely to take their own lives than women, with suicide the most likely cause of death for men under the age of 45. The campaign hopes to encourage more men to feel comfortable talking about their mental health, and feel able to support their friends and families through difficult times. 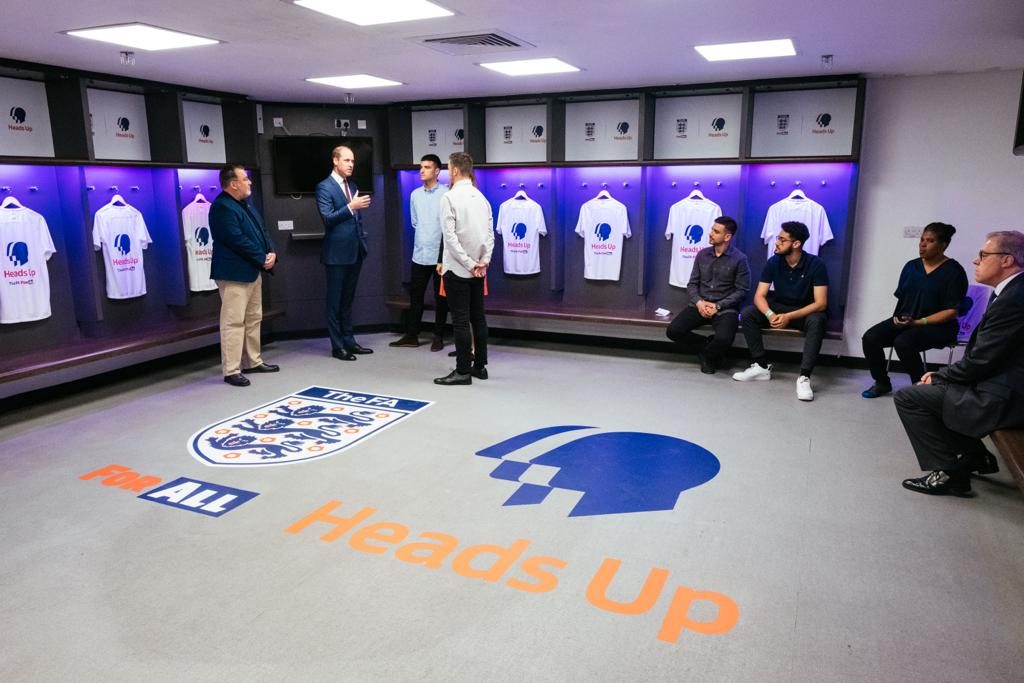 Heads Up will be launched at The FA Community Shield in August 2019 and will culminate at the May 2020 FA Cup Final, where Emirates has generously agreed to support the Heads Up campaign. The campaign will be visible across all levels of football in England throughout the course of the 2019/20 season, including the men’s and women’s England teams, FA competitions and grassroots – from England matches through to the Emirates FA Cup. The FA will give more details of this broad ambitious campaign at the start of next season at The FA Community Shield. During next season dedicated promotional activity will aim to spark conversations while resources and training will be available to all football participants and FA staff.

At the announcement of Heads Up, The Duke of Cambridge met some of the incredible people who have supported the development of the campaign. He then joined Martin Glenn, Chief Executive of the FA and Paul Farmer, CEO of our charity partner, Mind at a press conference to formally announce the campaign.

“We are here today to take a big step in shattering this silence. We are going to use one of the most powerful, unifying forces in our society – football – to start the biggest ever conversation on mental health.”
The Duke of Cambridge