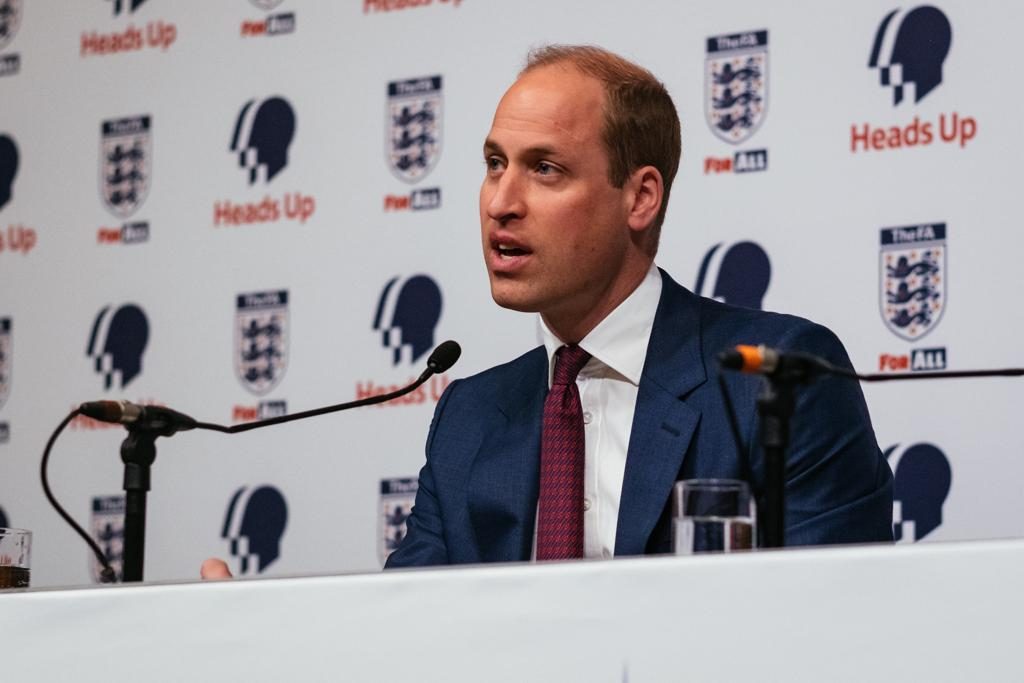 On Sunday 4th August The Football Association in partnership with Heads Together and spearheaded by The Duke of Cambridge, will launch Heads Up, a campaign aimed at driving the biggest ever conversation on mental health.

This exciting new campaign will harness the influence and popularity of football to help show the nation that we all have mental health and it is just as important as physical health. It will strive to raise awareness, spark conversation and signpost support for those in need. Here’s what the campaign is all about…

During Sunday’s FA Community Shield’s pre-match ceremony, a short film by The Duke of Cambridge will introduce the Heads Up campaign and encourage both sets of fans in joining in the singing of the clubs’ anthems, ‘You’ll Never Walk Alone’ and ‘Blue Moon’. The singing will be led by two community choirs – iChoir from Liverpool and Bee Vocal from Manchester – both were created to support mental wellbeing and to challenge the stigma surrounding mental health. The iconic anthems will refer to themes of isolation and the importance of togetherness, core messages behind the campaign.

Following The FA Community Shield, the campaign will be activated across all levels of the game from the elite to grassroots and at the biggest moments of The FA’s season including men’s and women’s England internationals and FA competitions. The campaign will conclude at The Emirates FA Cup Final on 23 May, 2020.

At a grassroots level, a new comprehensive guidance for coaches and managers will be distributed to FA affiliated clubs, to support them in identifying the signs of mental health and offer support and signposting where needed to help improve the mental wellbeing of players.

Heads Up will also become The FA’s nominated charity and will see The FA work alongside designated charity partners Mind, CALM, Sporting Chance and Heads Together to raise vital funds for mental health initiatives and support.

Those in need of support will be guided to a number of support services available through our charity partners and other mental health organisations. If a fan is experiencing mental health crisis and needs somewhere to turn, they can also text ‘HeadsUp’ to 85258 to speak to a trained crisis volunteer. This service is available 24/7 and free to text from most mobile networks. It is run by ‘Shout’ and powered by Crisis Text Line.