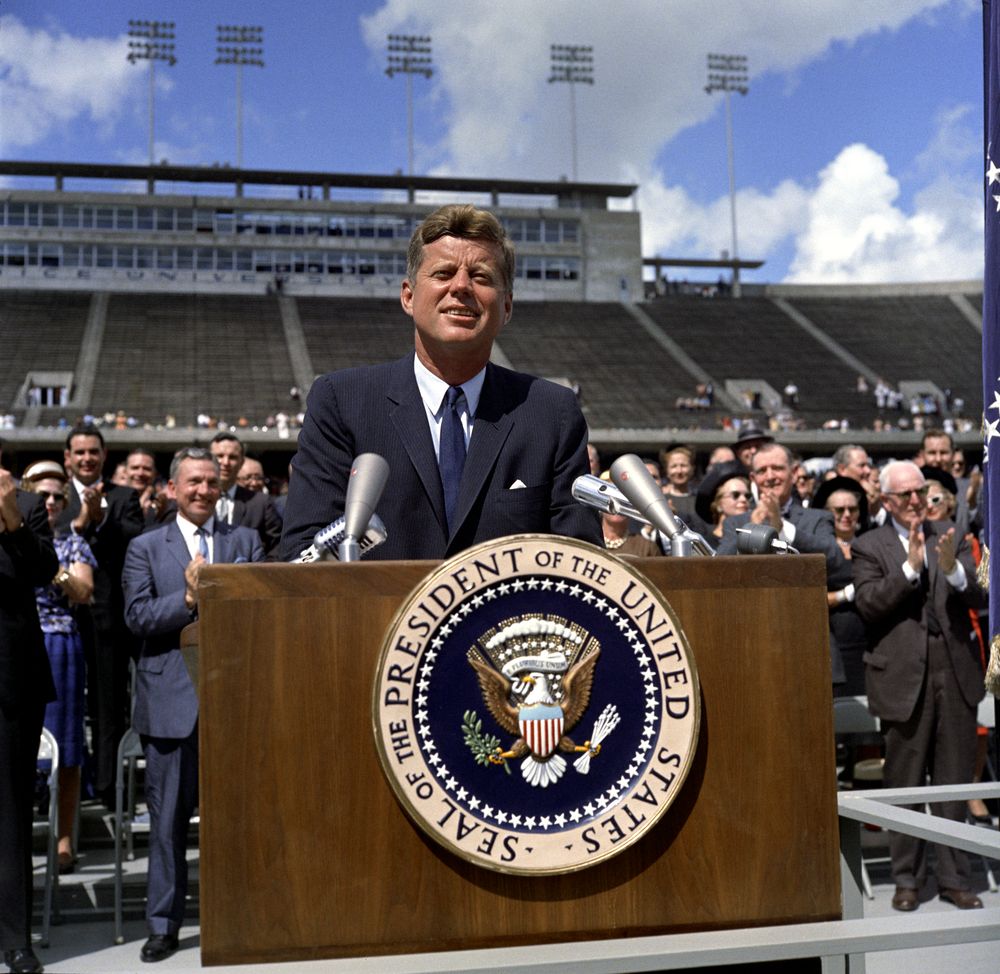 On the 59th anniversary of the speech that galvanized collective endeavor behind a mission to reach the moon, The John F. Kennedy Library Foundation has today announced it will join The Royal Foundation’s Earthshot Prize mission as a Global Alliance Partner.

On September 12, 1962, in a landmark speech at Rice University, President Kennedy issued a soaring challenge to the USA: to land a man on the Moon within a decade and bring them safely back to Earth. It was vision of human achievement that was then unimaginable. But it wasn’t just a speech. With determination and clarity of purpose, President Kennedy marshaled the resources, talent, and political will to realize that bold vision, and lit the spark that enabled one of the greatest milestones in human history. In July 1969, the Apollo 11 mission successfully landed the first two human beings on the Moon and then safely returned to Earth.

That defining speech and the optimism it created was the inspiration behind The Royal Foundation’s bid to tackle one of the gravest challenges of our time, the threat to our natural environment. The Earthshot Prize, launched in 2020, aims to channel that same spirit of collective action and optimism to discover, celebrate and scale cutting-edge solutions to the world’s greatest environmental challenges to help repair the planet by 2030.

“Over the past 60 years I have watched each new generation find inspiration in my father’s decision to send a man to the moon – not just inspiration for mankind or for America, but for their own lives,” said Ambassador Caroline Kennedy. “It is a great tribute to President Kennedy that The Earthshot Prize has been inspired by his moonshot to take on the most important challenge we face today – repairing the planet. My family and the JFK Library Foundation look forward to partnering with Prince William and The Earthshot Prize on this exciting initiative.”

Jason Knauf, CEO of The Royal Foundation, said: “Three years ago, Prince William challenged his team at The Royal Foundation to explore ways to harness the optimism and drive of President Kennedy’s moonshot to tackle the greatest challenge of our time – the grave threats to the natural world. As we developed The Earthshot Prize, time and time again we returned to President Kennedy’s words at his 1962 speech at Rice University. His vision for the moonshot as an organising goal for the best of the “energies and skills” of his generation is what we have sought to reinvent for our age. The Earthshot Prize and our five Earthshots will help drive collective innovation and leadership to not just tackle our environmental crisis, but to build a fundamentally better world for all who come after us.

“It is a profound honour to have the partnership of Ambassador Kennedy and the John F. Kennedy Library Foundation on the Earthshot mission. Almost sixty years on from a goal that inspired an unprecedented human endeavour, together we will show that best of our energies and skills can be harnessed to repair our planet in this decisive decade.”

As a Global Alliance Partner of The Earthshot Prize, The John F. Kennedy Library Foundation will join a group comprising of leading non-profit and international organizations committed to the environment and sustainable development, who will bring expertise, global reach and serve as nominating organizations for the Prize each year.

The Earthshot Prize is centered around five ‘Earthshot’ goals: Protect and Restore Nature; Clean our Air; Revive our Oceans; Build a Waste-Free World; and Fix our Climate. Every year for the next 10 years, 5 winners, one per Earthshot, with the best solutions to the Earthshot challenges, will be awarded £1 million and supported to scale and help to repair the planet. Over the decisive decade the Prize will award 50 solutions to the world’s greatest environmental problems by 2030. These winning solutions will increase public optimism and confidence in our collective ability to solve the greatest challenges facing the world.

The first-ever Earthshot Prize Winners will be announced during the awards ceremony on 17th October from London’s Alexandra Palace, broadcast in the UK on BBC One and globally with a major broadcast partner.