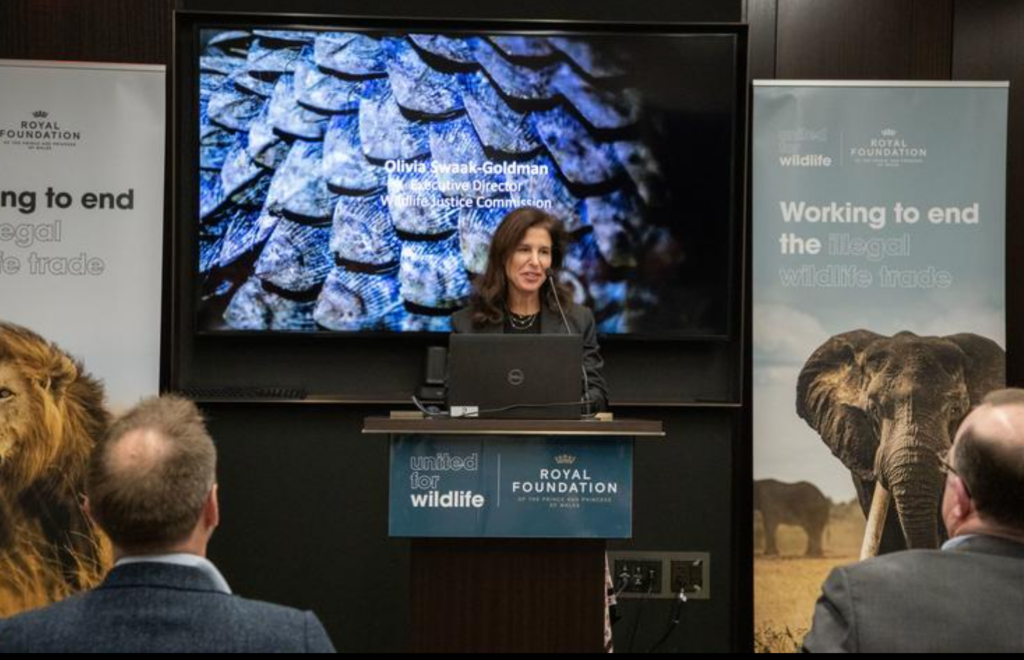 Some of the largest financial institutions, transport companies and law enforcement agencies in the U.S. gathered together in New York to join forces in the fight against the global illegal wildlife trade.

The event, held at Paul, Weiss’s offices in New York City, is also attended by representatives from the U.S. Treasury, U.S. Fish and Wildlife Service and U.S. Attorney’s Office for the Southern District of New York.

It marks the launch of United for Wildlife’s North America Regional Chapter and highlights the leadership role that U.S. multinational businesses and the U.S. authorities are playing in preventing the global trafficking of wildlife products and tracking the proceeds of crime that result from it.

United for Wildlife was founded by Prince William and The Royal Foundation in 2014 to protect endangered species from the illegal wildlife trade. It fosters collaboration across the public, private and not-for-profit sectors to identify, report and prevent wildlife trafficking – a trade worth up to $20 billion annually and that is run by highly organised criminal networks associated with violent crime, corruption and other forms of trafficking. UfW’s unique collaborative approach has united over 250 international law enforcement agencies, transport companies, financial institutions and non-governmental organisations to date.

“The U.S. is a world leader in the detection and disruption of the illegal wildlife trade, with U.S. authorities spearheading some of the most significant trafficking cases in recent times, supported by United for Wildlife’s unique network of the world’s largest financial institutions and transport companies, including many based in New York. That’s why I’m delighted to see The Royal Foundation continuing its work to address our most pressing environmental challenges with the expansion of our United for Wildlife network in North America. The combination of political commitment, effective law enforcement and private sector collaboration is vital if we are to bring down the organised crime syndicates behind this heinous crime.”

The event comes just days after the U.S. Department of Justice announced that 8 members of an international primate smuggling ring, including Cambodian Government officials, were charged with multiple felonies for their role in bringing wild long-tailed macaques into the United States. If convicted, the defendants face up to 20 years imprisonment for the smuggling charges. Led by the U.S. Fish and Wildlife Service and supported by members of United for Wildlife’s Financial Taskforce, the case highlights the leadership of the U.S. authorities and the crucial value of collaboration between sectors.

Last month, Prince William spoke about expanding United for Wildlife’s global reach and impact when he attended the UfW Global Summit in London in October. The launch of the North America Chapter follows the creation of other regional UfW Chapters around the world – including East Africa, Southern Africa, Australasia, Hong Kong and Southeast Asia, and the MENA region – where public and private sector organisations regularly share knowledge and resources to combat the illegal wildlife trade.

The event also paid tribute to wildlife rangers, who are on the frontline against commercial poachers targeting the world’s most iconic species. The death earlier this year of Anton Mzimba, a close colleague of many in the United for Wildlife network, served as an awful reminder of the very real threat that many rangers on the frontline still face.

In the six years since creating its international Transport and Financial Taskforces, the United for Wildlife network has contributed to nearly 500 law enforcement cases, over 300 arrests, over 200 seizures of wildlife products and has trained over 100,000 people. The network spans the globe – from Southeast Asia to South America, Europe to East Africa – increasing deterrents across the entire chain of demand and supply.